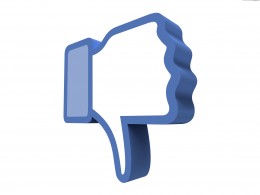 Kiwis who are unhappy with the way New Zealand businesses treat them, prefer to complain on Facebook and want something free in response to their complaint according to new research.

The Impact PR survey which investigated the rise of social media in business communications, found that almost three in ten (29%) of Kiwis are unhappy with the way local companies deal with customer service complaints.

Interestingly those with the highest level of dissatisfaction with businesses service were New Zealand males at (35%).

Across the regions, Cantabrians seemed to have the lowest tolerance for poor business service with 36% saying Kiwi companies needed to do more to address their complaints satisfactorily.

For a full demographic breakdown, click on the table below.

A sixth (16%) of those aged 18-24 now prefer to use a company’s public Facebook or Twitter social media page to complain and shame them into action.

However the likelihood of using this medium to communicate with a company declined with age.

More than half (52%) of those aged 55+ prefer to speak to someone on the phone about their product or service issues. Unsurprisingly, for Generation Y consumers (aged 18-34), the figure was as low as 30%, with this group preferring electronic communication.

Writing an email or letter was the most common method of outlining complaints for nearly half (47%) of the population.

And while we might be brave enough to pick up the phone, send an email or post a complaint on Facebook, when it comes to complaining in person only 4% of Kiwis say they would prefer to do so.

The research showed that despite receiving bad service, Kiwis seem to be a reasonable bunch with most of us (37%) simply wanting a replacement product or service. A full refund was also a key preference with nearly a fifth (18%) of shoppers saying this was the case.

Goods and services aside, New Zealanders also said it was important that companies showed some kind of understanding of their point of view.

A sixth (17%) of those surveyed said they wanted an apology or someone to listen to their grievance. Others wanted to get to the bottom of the issue with more than a tenth (12%) saying it was important they were given an explanation of what went wrong, with a further tenth (11%) requiring additional compensation over and above receiving a refund.

Revell says social media is the fastest growing method of communication with companies and yet many businesses lack the experience to manage it when things go wrong.

“We are seeing more and more companies come to us for assistance with social management crisis issues which have escalated – particularly on Facebook,” says Revell.

“Businesses overlook the fact that social media is a public forum and that is one of the reasons customers often prefer to seek remedy there.

It forces businesses to be more transparent but at the same time when complaints escalate it provides a public record of the way the firm has managed the complaint, she says.

Revell says often the person replying to consumers the company’s Facebook page has the least experience with managing the media and is the least equipped to prevent escalation.

“Their approach tends to be more focused on ‘brand speak’ and ‘cross selling’ to other products – they forget what it is like to be an aggrieved customer,” says Revell.

Revell says often issues can be avoided if the consumer feels the business has taken them seriously.

“Often consumers just want to feel listened to – my advice to businesses is treat every consumer complaint with empathy, and to ensure they have best practice processes in place for monitoring and responding to customer feedback rapidly.

“If you don’t have the resources to manage these issues in-house, seek expert assistance.”