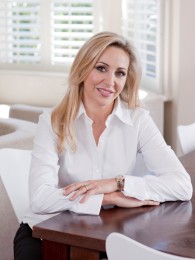 Marketing consultant Fleur Revell takes time out from running her PR agency to ask whether evolution is breeding out our ability to innovate and whether the Kiwi’s inability to fly will soon not be the only skill lost to us.

According to the New Zealand Intellectual Property Office, there were 7403 patents issued in 2008. Five years later in 2013 that number had dropped to 5991 which by my calculations works out to a decrease just shy of 20% within half a decade.

Design and trade mark applications were also noticeably down in the same period – dropping 18% and 10% respectively.

Is this a signal we are becoming a less innovative nation?

To answer this I believe we need to better define our evolving contextual understanding of what makes up innovation and the role the popular culture plays in developing our next generation of inventive thinkers.

In many ways New Zealand’s national identity to date has been characterised by our twentieth century larger than life personalities: in a simpler world with limited international media access, they were the names we grew up with and the symbols we looked up to.

A number of these characters were inventors of course – local geniuses who brought their ideas to life with little fanfare.

It was this unassuming underdog that we have most identified as epitomising our No 8 wire attitude. We shared the belief that an ordinary yet passionate Kiwi has the chance to create something unique in their garage and become the next Burt Munro or John Britten.

These paragons of Kiwi innovation have given way to today’s global success stories such as Rod Drury and Sir Peter Jackson.

“A man who can’t handle tools is not a man” – Willy Loman, Death of a Salesman

Today, our expanded definition of innovation often yields a more ethereal output. Whether it is from the scientific, IT or entertainment fields, New Zealand’s breakthrough industry advances are becoming in many cases less visible in their output and unfortunately you simply can’t patent a website.

So on one hand, the last decade has seen many New Zealand science and IT innovators make us incredibly proud on the world stage and on the other we have seen the unexpected demise of the backyard shed inventor.

My concern is that in the days where Lego has been replaced with the virtual world of Minecraft and ultra-resourceful MacGyver superseded with the billionaire inventor Tony Stark (aka Ironman) we may have robbed our future generations of the inherent No 8 wire legacy than our geographical isolation has endowed us with.

In the future it’s likely that our opportunities for innovation will be furthered moulded by a new global trend of utilising ‘micro service providers’.

You can visit sites like Fiverr.com and hire someone, for example to write any Excel formula or fix any programming bug for you for the princely sum of just USD$5.

A spectacular way for SMEs businesses to save money and time but with an infinitely large team of low priced global service providers at your fingertips, where is the incentive for us to improvise, learn, and solve a problem ourselves?

The reality for us is that innovation is inextricably linked with creatively. Without a pressing need to satisfy we cannot justify the energy required to seek a better way. My hat is off to today’s generation of innovators competing globally on in each of their respective fields however I feel the absence of some old-school Kiwi inventive heroes for our children to aspire to.

Fleur Revell’s Auckland PR company Impact PR has helped dozens of Kiwi innovators tell their stories over the past decade.